The Art of Ralph Thomas

[Ralph] Thomas originally of Durham, North Carolina, is a self-taught portrait artist who can take a photographic portrait and render a piece as if he was painting “by numbers” as he describes it. The ever jubilant Thomas first fell in love with painting at the age of seven when his mother, on a summer visit from Detroit gave him a paint-by-numbers set. As stated before, Ralph is strictly self-taught, learning the source of light and technique of highlight, mid tone, shadow, reflected light and cast shadow by corresponding numbers to hues learned how to paint while spending time with his mother.

“We had so much fun during her visits south” said Thomas who was raised by his Aunt Cora and Uncle Charlie Jackson. Thomas has fond memories of trying to learn how cartoon artists drew Mickey Mouse, Woody Woodpecker, Donald Duck, all images that would eventually serve as a foundation for a self-taught portrait artist carving out his niche in the burgeoning art scene of Coastal Virginia. The 20 year Navy veteran with gregarious spirit. It was while serving in the Navy he found he could sell his paintings. Thomas has built a list of repeat clientele over the years. In 2017, Thomas painted a suite of jazz inspired pieces to benefit the Jazz Legacy Foundation, a non-profit organization that benefits high school music programs. He paints full time now with most of his portraits commissioned by request. 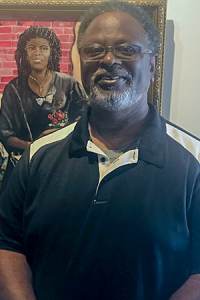 Click an image below to open the Ralph Thomas Gallery and reveal the titles and prices for each piece of art. 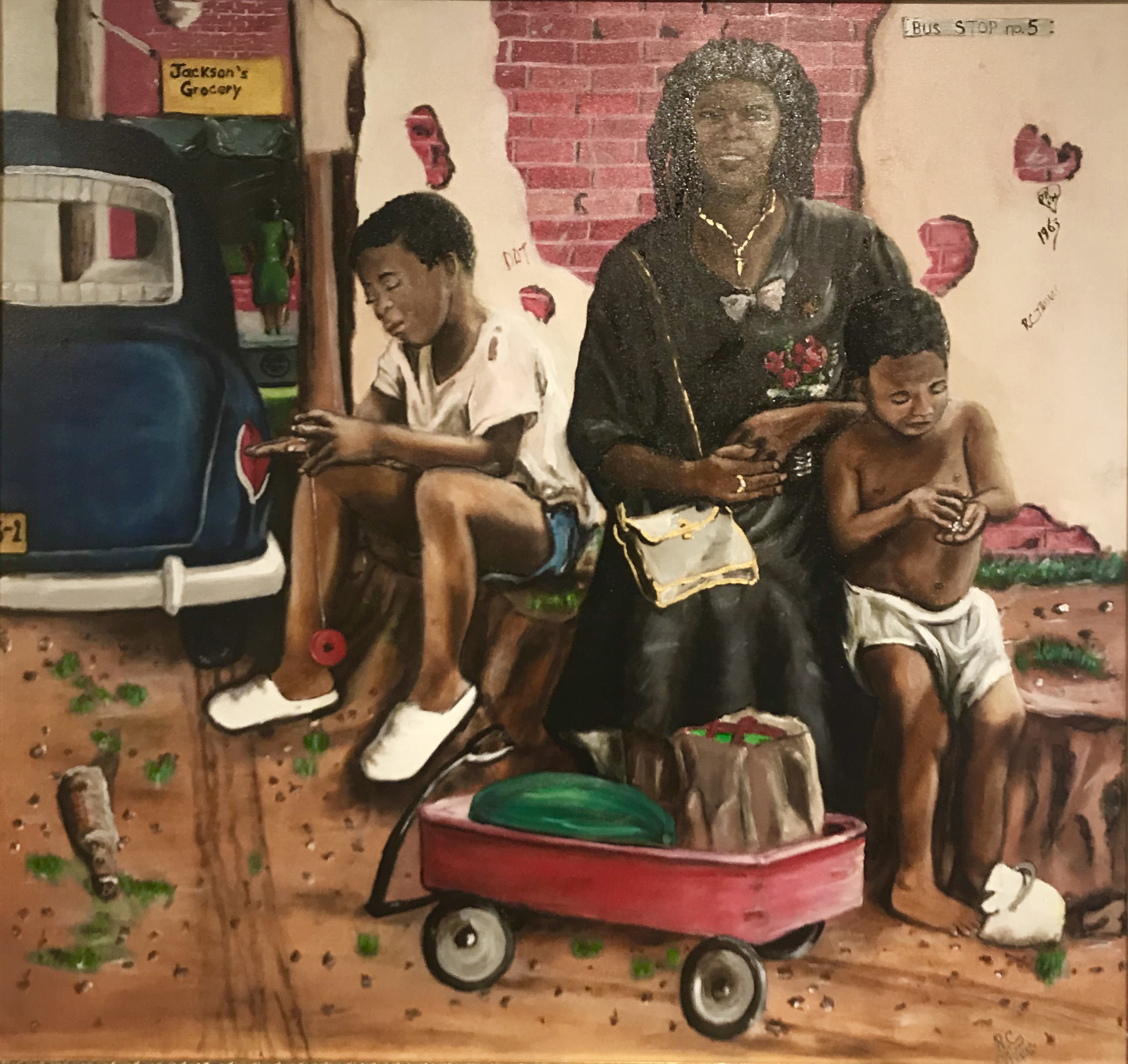 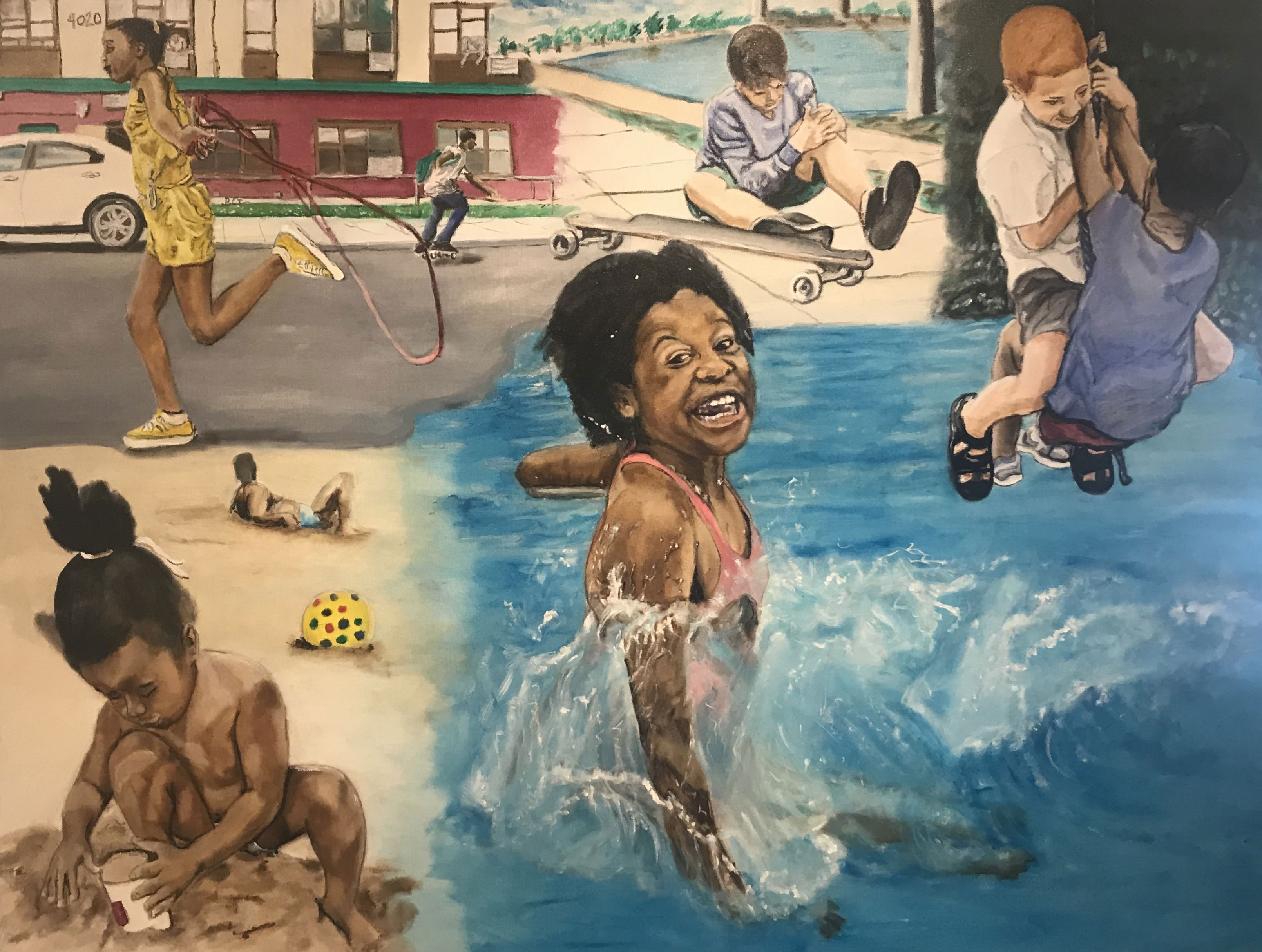 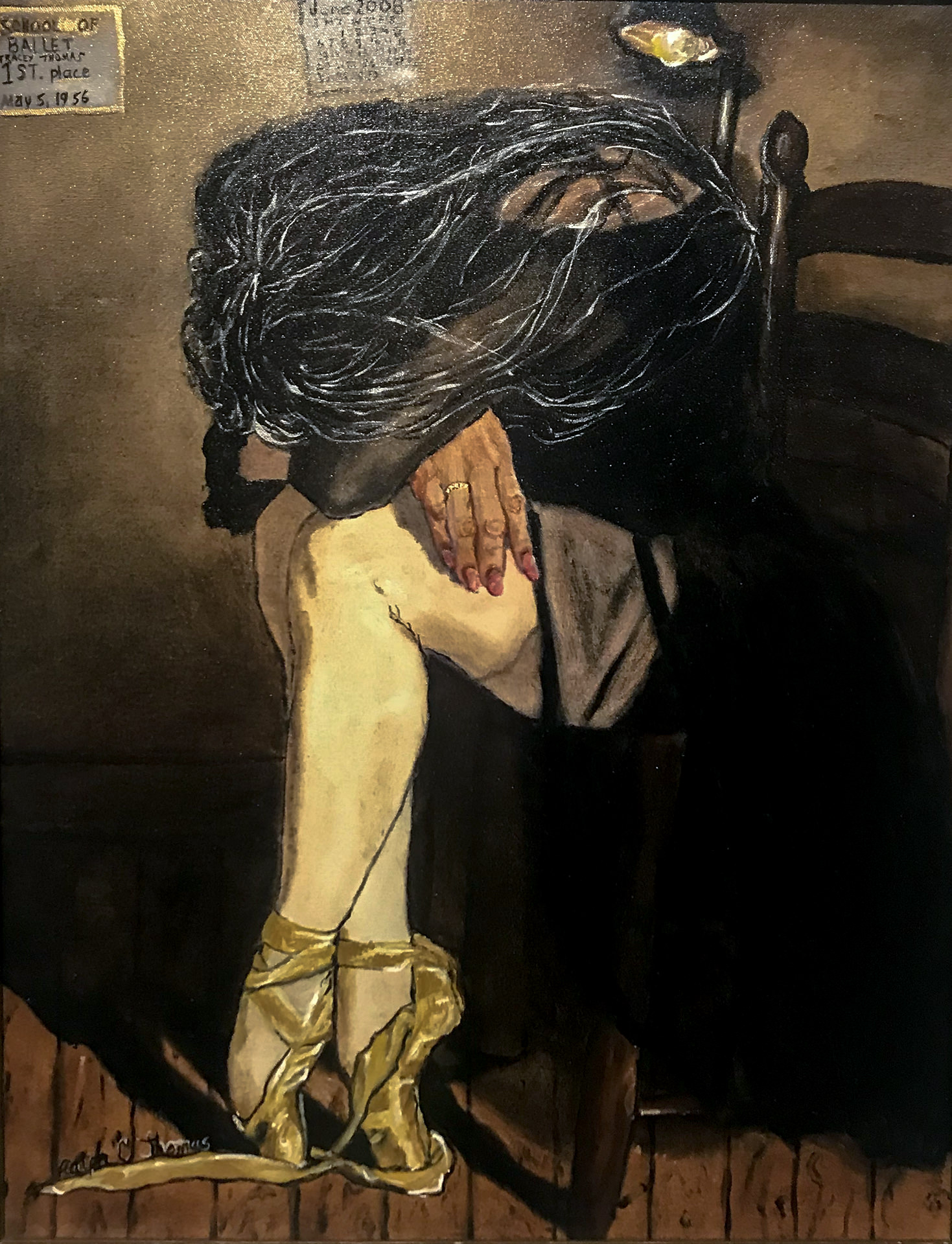 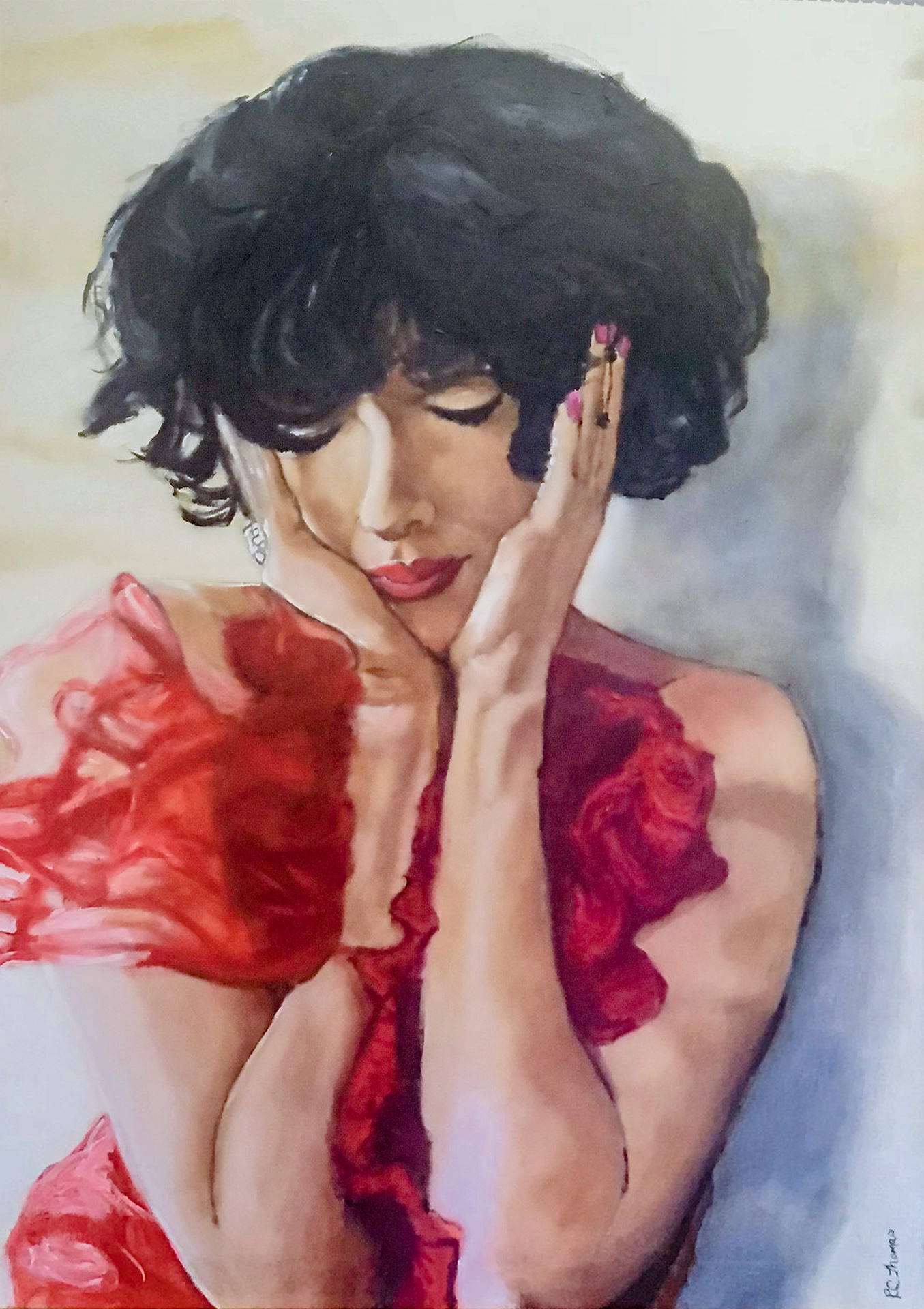 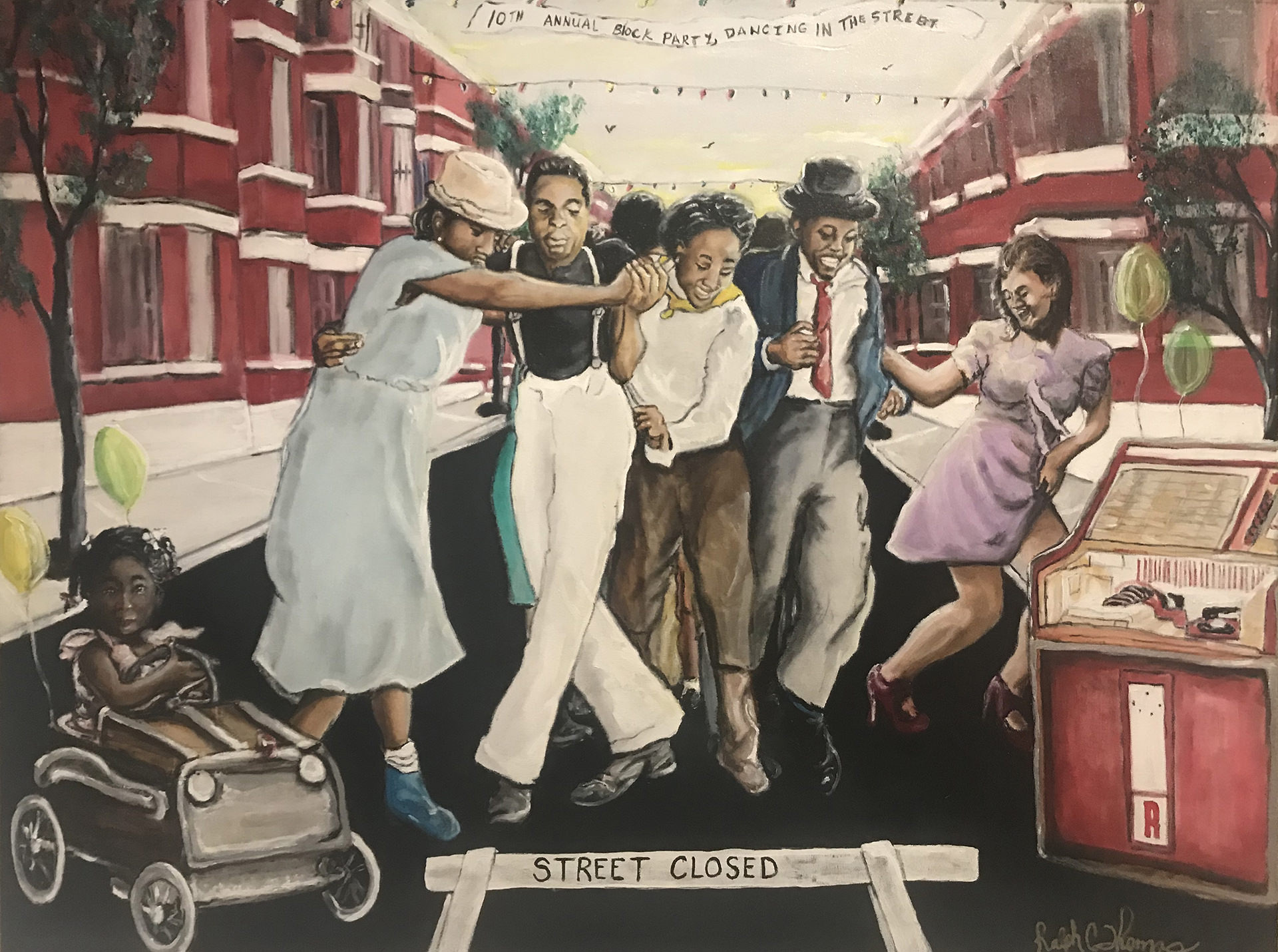 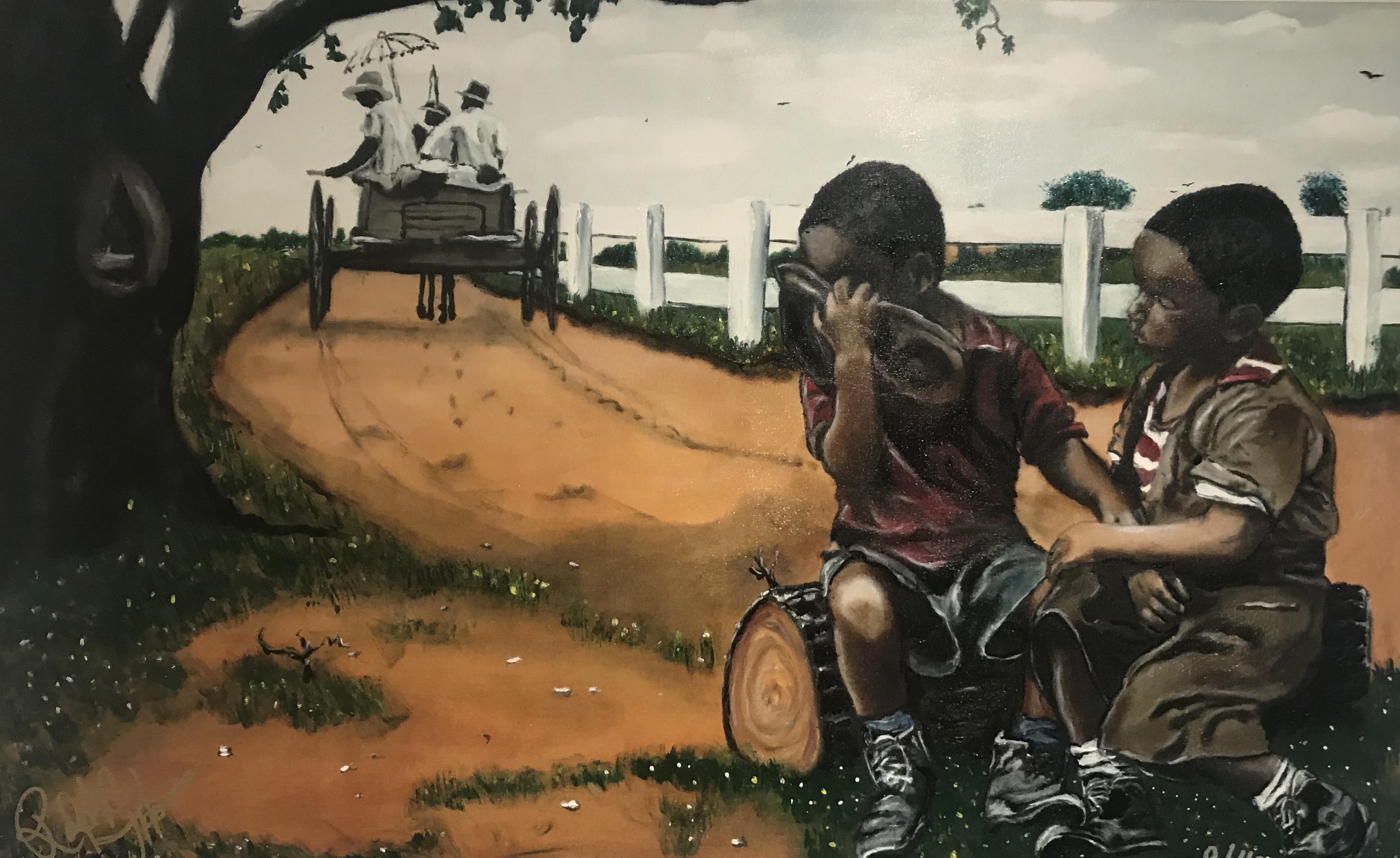